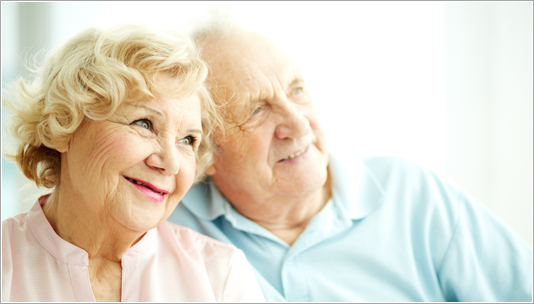 What is the Difference Between Dementia and Alzheimer's Disease?

Understanding the differences between Alzheimer's and dementia can be confusing. The terms and definitions of these conditions are frequently thought to be interchangeable as patients, families and caregivers come to believe that one simply means the other. Doctors and other healthcare professionals have even been known to contribute to this confusion as they tend to prefer using the word "dementia" when "Alzheimer's Disease" (AD) is the appropriate diagnosis. "Dementia" simply sounds less frightening.

According to the National Institute on Aging (NIA), "Dementia is a brain disorder that affects communication and performance of daily activities and Alzheimer's disease is a form of dementia that specifically affects parts of the brain that control thought, memory and language.

In other words, Alzheimer's is a specific brain disease.  It progressively destroys brain cells causing serious issues with memory, thinking and behavior. Alzheimer's disease is particularly common in aging people and is the most common cause of dementia.

On the other hand, when an individual has dementia they are dealing with a set of unhealthy symptoms that affect the brain. It is often difficult to pinpoint exactly what is causing dementia beyond old age and frailty. This is similar to a headache. There is an obvious "ache" yet it is not instantly understood what is causing it.

Dementia is an all encompassing term for a group of "symptoms including impaired thinking and memory. It is a term that is often associated with the cognitive decline of aging. Issues other than Alzheimer's can cause dementia. Other common causes of dementia are Huntington's Disease, Parkinson's Disease and Creutzfeldt-Jakob disease." [1]

The most prominent symptom of dementia is memory difficulty. Other areas of cognitive functioning to which dementia can be attributed include problem solving, spatial skills, language, attention, judgment, or organization.

The National Institute of Neurological Disorders and Stroke defines dementia as a "word for a group of symptoms caused by disorders that affect the brain. It is not a specific disease. People with dementia may not be able to think well enough to do normal activities, such as getting dressed or eating. They may lose their ability to solve problems or control their emotions. Their personalities may change. They may become agitated or see things that are not there."

There are many possible causes of dementia, some of which are reversible such as certain thyroid conditions or vitamin deficiencies. If these issues are identified and treated, the dementia reverses and the individual can again begin to function normally.  "However, most causes of dementia are not reversible. Rather, they are degenerative diseases of the brain that get worse over time. The most common cause of dementia is Alzheimer's, accounting for as many as 70-80% of all cases of dementia." [2]

Alzheimer's disease is named after Dr. Alois Alzheimer. In 1906, Dr. Alzheimer discovered changes in the brain tissue of a woman who died from an abnormal mental illness. She suffered from memory loss, language problems, and unpredictable behavior. After she passed, Dr. Alzheimer examined her brain and found many abnormal clumps of protein plaques and tangled fibers.

Alzheimer's disease is now recognized as a specific and progressive brain disease that causes dementia. It destroys brain cells which in turn impairs memory, thinking and behavior. These problems are generally severe enough to affect employment, hobbies and social life. Alzheimer's progress slowly and, over time, is fatal. A person with the disease may experience a gradual decline in cognitive abilities over a period of several years. [3]

Alzheimer's disease is particularly common in aging people and is the most common cause of dementia, accounting for 50 to 70 percent of dementia cases in people ages 65 and older. As many as 5.3 million Americans are currently living with Alzheimer's disease, and it's the sixth-leading cause of death in the United States, according to the Centers for Disease Control and Prevention. [4]

Alzheimer's symptoms include "getting lost, asking repetitive questions, experiencing difficulty handling money and paying bills, having poor decision-making skills, frequently misplacing items and undergoing personality changes. Those with Alzheimer's also tend to take longer than before to complete normal daily tasks. As Alzheimer's progresses and becomes severe, people may lose the ability to communicate and recognize oneself or family members." [4]

Understanding the differences between Alzheimer's and dementia is not always as easy and straightforward as sorting out definitions and terms. People and the challenging disorders of behavior some face are far more complex than simple definitions can imply.

For simplicity's sake, Alzheimer's is a specific brain disease and dementia is a symptom of cognitive disorders that affect the brain. "Dementia" is not a disease and is a term that has begun to replace the dated word, "senility."

This book, written by attorney Gabriel Heiser in 2020, is a financial and legal guide to the ins and outs of the only government program that will pay for the long term nursing home care of your family member: MEDICAID.